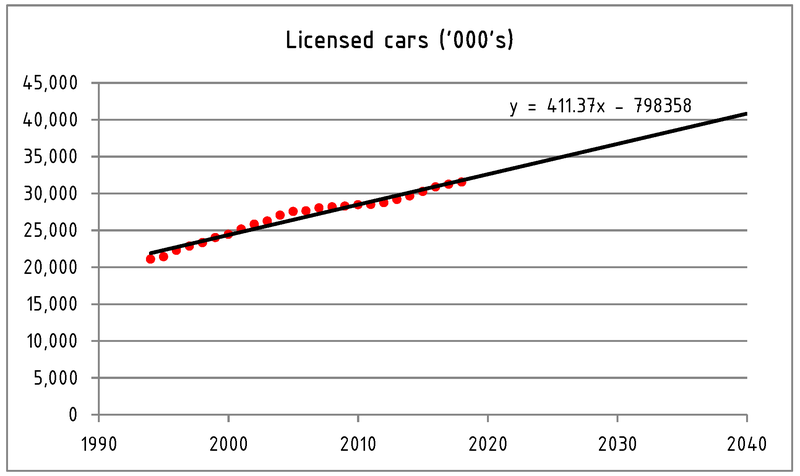 The continued rising trend is probably due to a combination of increasing UK population and economic affluence and FLUKE predicts that car ownership in the UK (assuming the country continues to be a functional democracy) will exceed 40 million by 2040. Further statistical analysis is required to model the effect of new sales of electric cars, but preliminary work shows the total number of cars correlates reasonably well with the previous 13 years car registrations. Obviously this is a simplification; some cars are written off much earlier and there are cars older than 13 years still on the road. But it illustrates that even an immediate 100% take up of new electric cars would take over a decade to decarbonise personal road transport and for lower take ups, longer still.